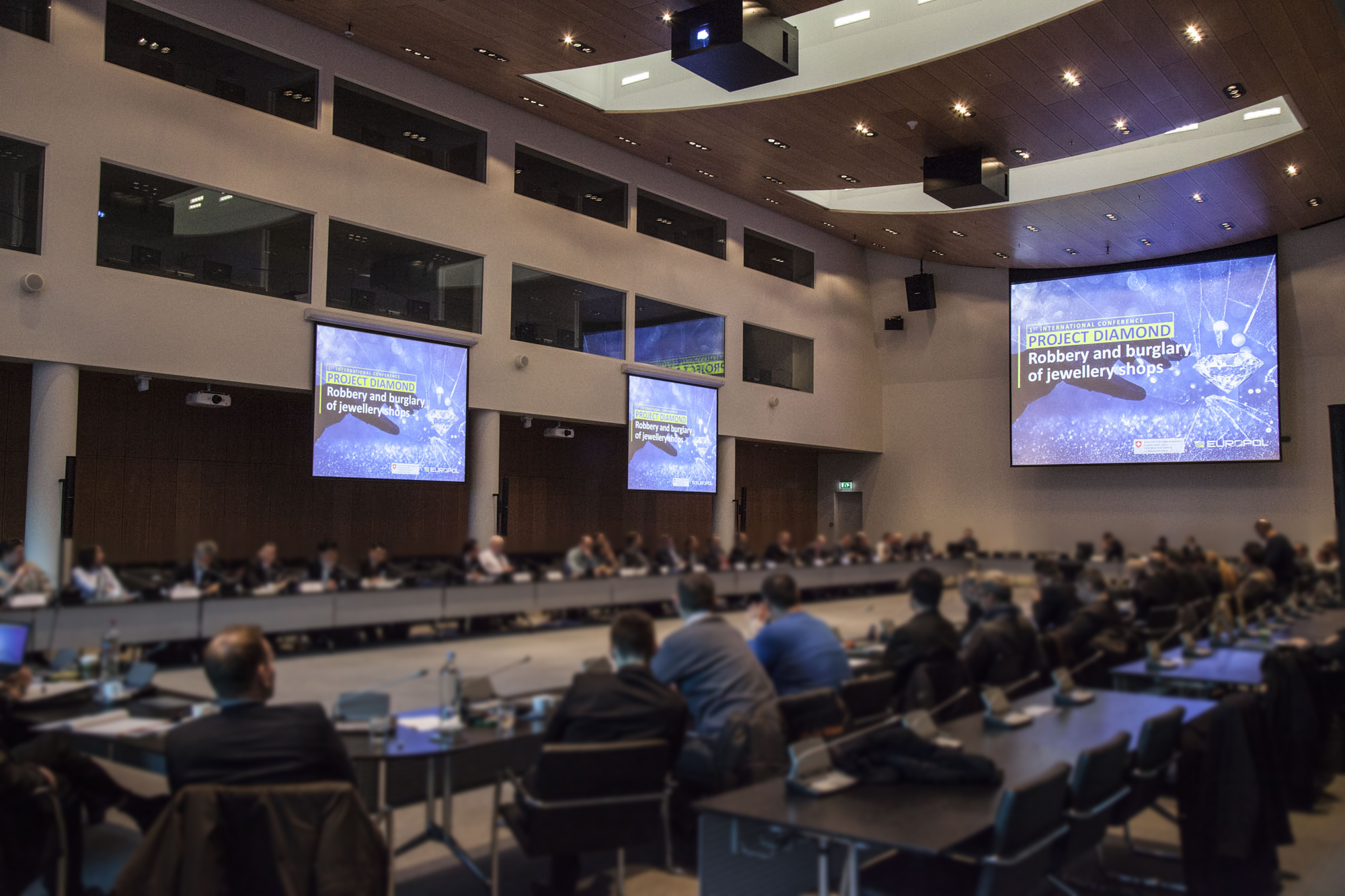 This week Europol organised, together with Austria and Switzerland, the first international conference on jewellery robbery and burglary under a new umbrella project entitled ‘Diamond’.

Hosted at Europol’s headquarters in The Hague, the event brought together more than 70 experts from almost all EU Member States, as well as third parties from Europe, Asia, the Americas, Eurojust and private jewellery/watch companies.

‘Diamond’ was initially composed as a follow-up project to Interpol’s ‘Pink Panther’ project, which ended in 2016. The ‘Pink Panther’ project focussed only on robberies committed by perpetrators from the Western Balkans. Diamond, however, will even extend its focus, which will not only include criminal networks involved in jewellery robberies, including burglaries, from Europe but also from the Baltic Sea and Western Black Sea areas.

Europol’s Head of Serious and Organised Crime, Michael Rauschenbach, highlighted: “Criminals are becoming more inventive, as well as using technology to their advantage to carry out the most daring robberies and burglaries, as we have seen in the case of the ‘Pink Panther thieves’. Europol is committed to staying one step ahead of them by capitalising on our resources to ensure that their deeds do not go unpunished. Our success also depends on inter-agency cooperation and we are pleased that we could bring together so many experts from Europe and beyond to serve one common purpose – making Europe a safer place for the benefit of our citizens.”

Currently, the EU is facing a returning trend in jewellery robbery and burglary. Individuals from South America, in particular, have been travelling to Europe to rob jewellery stores. The new trend in this area is that criminals are becoming more violent and using heavy vehicles to drive into jewellery stores. This modus operandi is of great concern for Europol, as it could endanger the life of customers and staff members present in the stores.

Therefore, one of the objectives of the conference was to expand the existing network of experts created by the ‘Pink Panther’ Project. In addition, conference participants exchanged views on the necessary tools required to fight jewellery robbery and burglary.

Europol already holds a series of state-of-the-art information gathering and exchange tools that can be used to fight the criminal rings involved. These include:

To this end, Europol intends to establish an early warning system, as well as a single point of information gathering dedicated to tracking stolen watches and jewellery. In addition, Europol plans to increase the number of strategic analysis and situational reports it produces, and expects to further implement operational data systems in this particular area. Another development relates to the fact that there will be closer cooperation with the private sector to tackle this criminal activity.

Project ‘Pink Panther’ was initiated by Interpol in 2007 to help law enforcement across the globe apprehend members of the Pink Panthers international network of jewellery thieves, originating from the Western Balkans. Between 1999 and 2015 the criminals are thought to have carried out approximately 380 armed robberies, valued at EUR 334 million, targeting high-end jewellery stores. The project facilitated information gathering, exchange and analysis, and founded a network of investigators, all of which proved to be crucial in identifying this highly-skilled criminal network.