Some of Europe’s most dangerous sex offenders in the spotlight 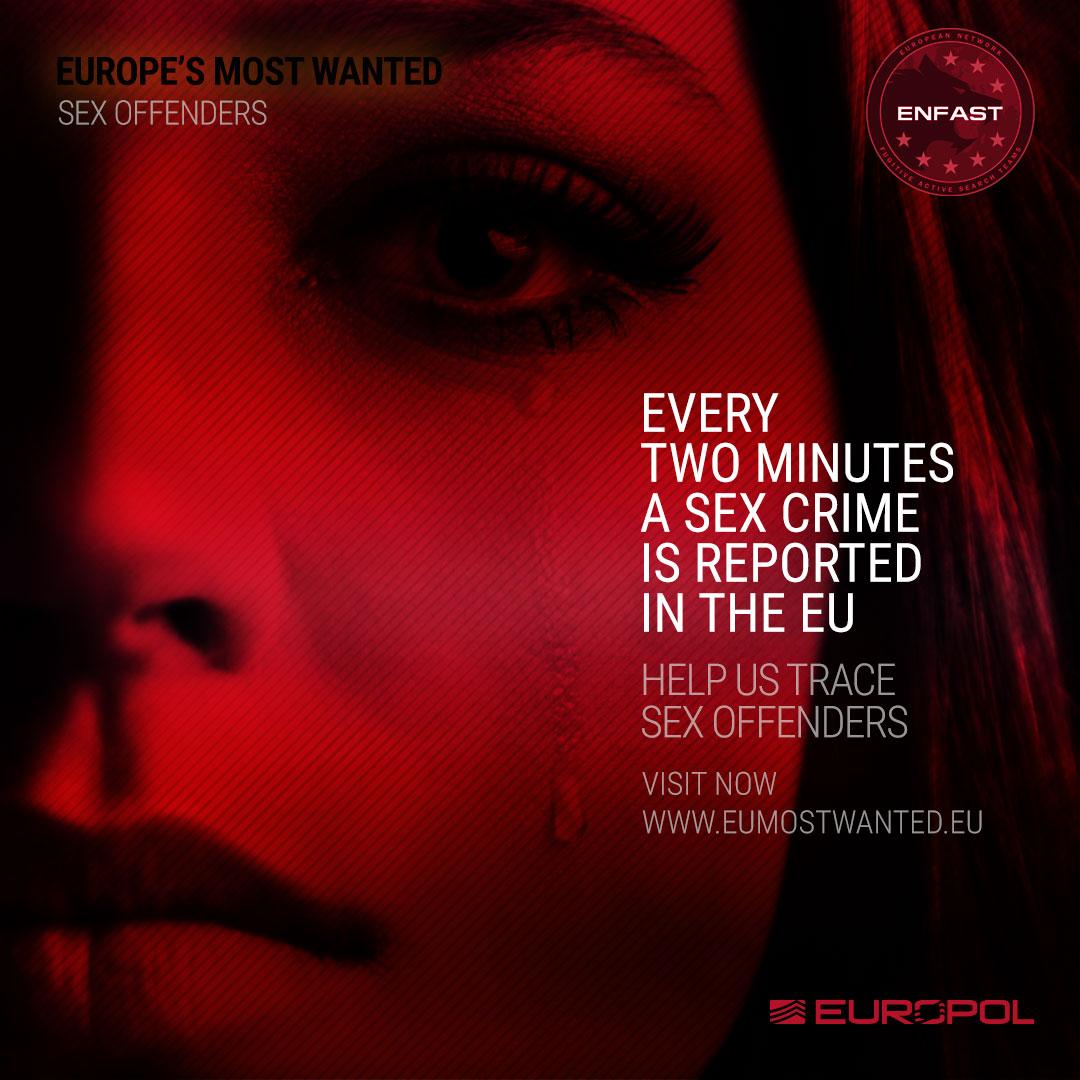 It’s happening now, every two minutes. That’s the average time a sexual offence is reported to the police in the European Union, be it rape, sexual violence or assault. Anyone can be a victim of sexual assault, although women and children suffer the most at the hands of these violent criminal acts.

To turn the spotlight on the perpetrators of such violent sexual assaults, Europol is launching a campaign in 18 countries across Europe to ask for your help in finding some of Europe’s most dangerous sex offenders.

Eighteen fugitives suspected or convicted of sexual offences have been targeted and prioritised to feature on Europe’s Most Wanted Fugitives website, eumostwanted.eu. For four weeks, law enforcement authorities will circulate their images online and on social networking sites. The campaign will also be promoted on multiple media channels to attract as many visitors to the eumostwanted.eu website.

No time to waste, help catch these fugitives!

By the time you’ve finished reading this, at least one violent sex offence will most likely have already been reported somewhere in the EU. Let’s not waste more time!

If you recognise one of the most wanted sexual offenders featured in the campaign, you could help make Europe safer. Any information can be sent anonymously via the eumostwanted.eu website and will be shared directly with the national investigators looking for the fugitive.

In the past, such tips have already proved invaluable: since the launch of the project in 2016, 91 criminals featured on eumostwanted.eu website have been arrested. In at least 33 cases, this was thanks to information from the general public via the website.

Europe’s Most Wanted was initiated by the European Network of Fugitive Active Search Teams (ENFAST) community with the active support of Europol. The members of ENFAST are all specialised in locating criminals on the run who are suspected or have been convicted of serious crimes and are subject to European Arrest Warrants.