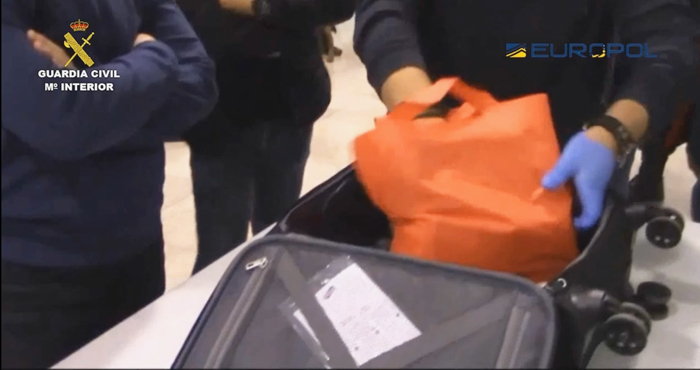 The Spanish Guardia Civil led a police operation against an international criminal organisation that resulted in 5 arrests and pressing charges against 15 persons. The targeted organisation operating both in Germany and Spain was involved in money laundering activities. The criminal enterprise used a network of food establishments to conceal their activities, fronting as kebab meat suppliers.

Guardia Civil’s investigations, supported by Europol, began in summer 2015 when police agents from the Barcelona-El Prat airport discovered that money was a being sent from Spain to Germany on a weekly basis. Running its activities from Barcelona and Alicante, the criminal organisation was transferring large sums of money between the two countries, ranging from 90 000 to 200 000 EUR (and on occasion up to 300 000 EUR). The money laundering criminal structure justified the transfers to the airport authorities as payments of Spanish companies to a German company for kebab meat supply. The investigation revealed that the Spanish companies did not even run real commercial activities. 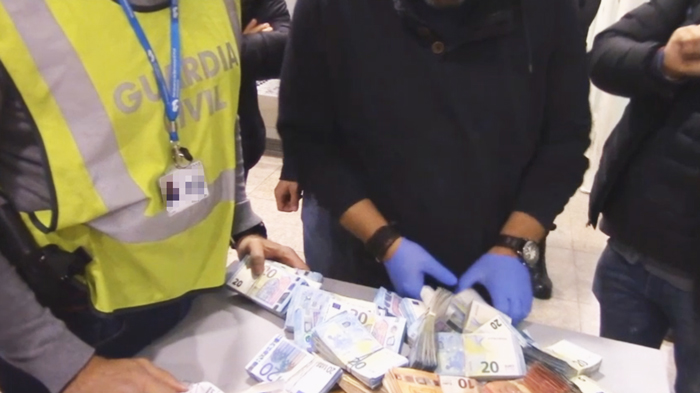 In the course of the investigation it was established that the criminal organisation, operating since 2012, had built up a network of front companies involved in money laundering. In addition it is possible that some companies were not even aware that their data was being used to justify false invoices. The Spanish authorities estimate that around 36 million EUR has been transferred and laundered by the criminal network justified as payments for trade activities which were not accounted for and reported to the National Treasury.

Europol has supported the investigation since 2017 by providing analytical and operational support, carrying out data analysis and cross match reporting. One operational meeting was organized and took place at Europol and a mobile office was deployed for the final phase of the operation. The deployment facilitated the exchange of information in real time, provided technical support for the extraction of information from mobile devices, and allowed the identification of transnational links with other criminal organisations.

As a result of the operation the Spanish Guardia Civil blocked 36 bank accounts and financial products and 35 credit cards and seized 5 properties in the province of Alicante worth approximately 470 000 EUR.

"This investigation shows once again that criminal business is still largely done in cash," Simon Riondet, Head of Financial Intelligence at Europol, explained. "Professional money laundering syndicates offer cash courier and compensation laundering services for illicit proceeds. Very often networks of front and shell companies are established in order to facilitate the movement of the money and to provide justification for the proceeds. These activities are further enabled by the lack of cash payment restrictions in some EU countries which allow justifying large cash amounts as payments for trade activities. The continued law enforcement seizures of bulk large denomination banknotes and the prevailing trade-based money laundering schemes reinforce the need to discontinue the production and circulation of 500 and 200 euro banknotes and set an EU-wide framework for restricting or setting a common limit for cash payments".