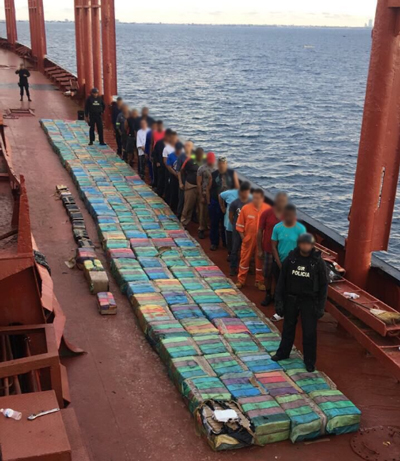 Spanish National Police, Spanish Customs and Ecuadorian Police have conducted an operation resulting in the seizure of 5.5 tonnes of cocaine onboard a cargo vessel in Ecuador. Supported by the UK’s National Crime Agency (NCA) and Europol, the investigation saw one of the largest seizures of cocaine to date.

Operation Moccus, which started in 2016, has managed to disrupt a large drug maritime trafficking organisation operating between South America and Spain. The criminal network settled in the north-west of Spain (Galicia) to coordinate its cocaine shipments. One of the criminal group members was travelling in the intercepted vessel, as ‘guarantor’ of the illegal load and contact person with the Spanish criminal network. On several occasions, members of the Spanish criminal branch had travelled to Colombia and Panama to plan the cocaine shipment.

The South American criminal organisation had hidden the cocaine load in a merchant vessel named “Kraken I”, flying Panama’s flag, which departed from Ecuador to Spain via Panama. Intelligence indicated that crew members had received and concealed the drugs in a hidden compartment located between the hull and one of the holds of the vessel.

Once close to Spanish territory, the criminal organisation had planned to transport the cocaine load from the ship into Spain using speed boats from Galicia. 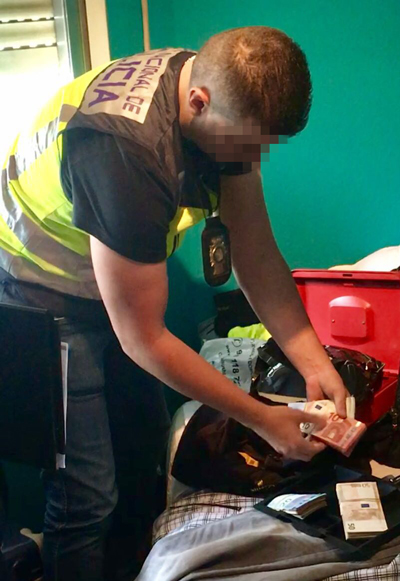 The initial intention of the investigators was to intercept the ship once it was close to Europe. However, operational circumstances obliged them to request interception by Ecuadorian Police.

“Kraken I” was finally intercepted in Ecuadorian waters, where a total of 20 crew members of different nationalities (Colombian, Peruvian, Panamanian, Venezuelan, Cuban, Honduran and Spanish) were arrested. Four criminal members have also been arrested in Spain in an investigation that is still ongoing.