In 2018, terrorism continued to represent a major security threat in EU Member States. Horrific attacks killed thirteen people and injured many more. A stark increase in the number of arrests linked to right-wing extremism, although still relatively low, indicates that extremists of diverging orientation increasingly consider violence as a justified means of confrontation. Compared to 2017, the number of attacks and victims in the EU dropped significantly. However, the number of disrupted jihadist terrorist plots increased substantially. The level of threat from terrorism has therefore not diminished; if anything it has become more complex.

Europol’s 2019 EU Terrorism Situation and Trend Report (TE-SAT), a product requested by the European Parliament and published today, provides a concise overview of the nature of the terrorist threat the EU faced in 2018.

“Terrorists not only aim to kill but also to divide our societies and spread hatred. That feeling of insecurity that terrorists try to create must be of the greatest concern to us. Increasing polarisation and the rise of extremist views is a concern for EU Member States and Europol”, said Catherine De Bolle, Europol’s Executive Director. “I am confident that the efforts of law enforcement, security services, public authorities, private companies and civil society have substantially contributed to the decrease in terrorist violence in the EU. Terrorism affects real people and that is why we will never stop our efforts to fight terrorism and to prevent victims.”

Dimitris Avramopoulos, EU Commissioner for Migration, Home Affairs and Citizenship, added: “While Member States together with Europol have become increasingly effective in preventing terrorist attacks on European soil over the past years, the terrorist threat is still there. Today’s report shows that the threat of violent extremism, from whichever ideology, is heterogeneous and nimble, and continues to thrive off the internet. More than ever, the EU needs to continue its counter-terrorist measures, information sharing and law enforcement cooperation both on the ground and online, with the crucial support of Europol.”

Julian King, EU Commissioner for the Security Union, concluded: “Europol’s report underlines that terrorism still poses a real and present danger to the EU. While our joint work to disrupt and prevent attacks seems to be having a positive effect, the enduring threat posed by Islamist groups like Da’esh, along with the rise of far right-wing extremist violence, clearly shows that there is still much to be done – notably in tackling the scourge of terrorist content online.” 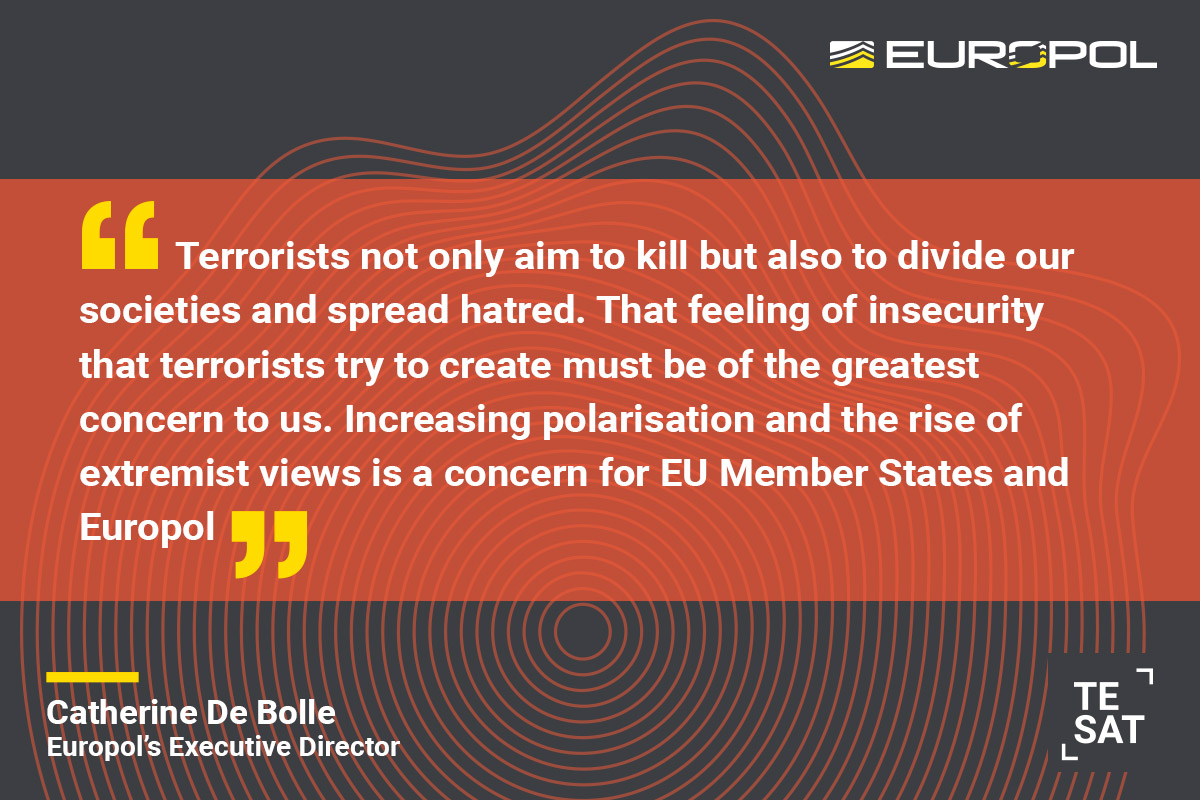