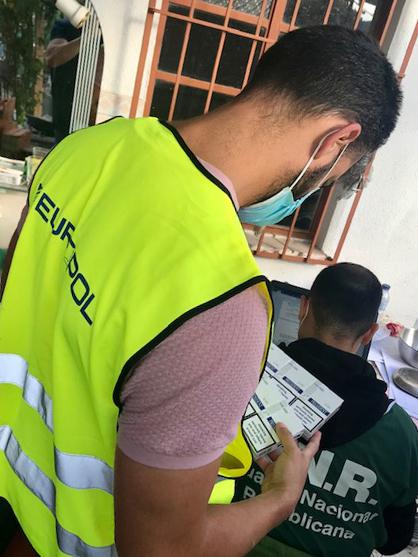 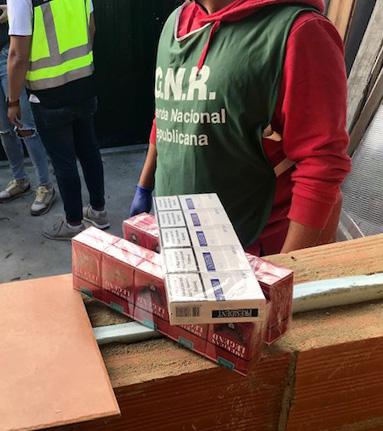 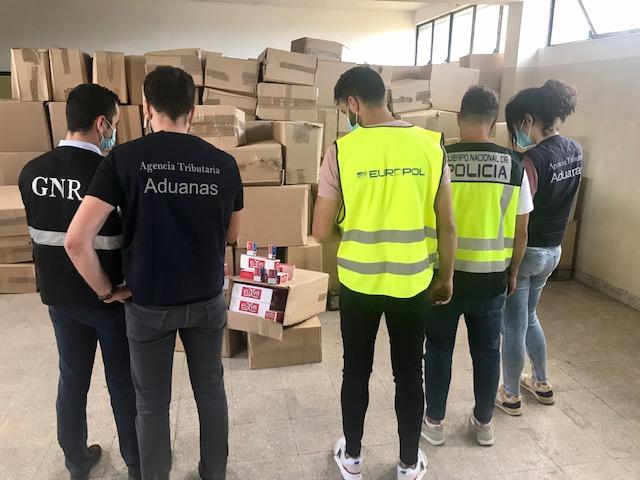 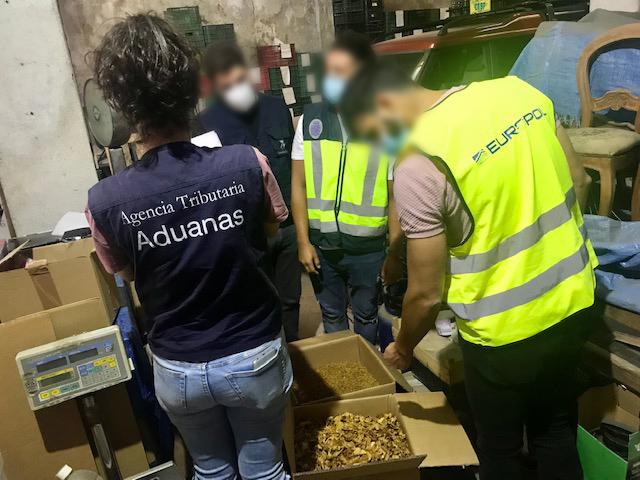 About € 3.2 million in tobacco products seized since the investigation was launched

The criminal network was involved in the illegal import of large quantities of tobacco leaves and strips from Spain into Portugal. This raw material served the illegal production of both cigarettes and tobacco for roll-your-own-cigarettes distributed on the Portuguese black market. Earlier, in mid-June 2021, Spanish authorities discovered and dismantled cutting and processing facilities. The tobacco processed there was shipped to Portugal, where it was stored in different warehouses before being further distributed. Since the investigation was launched in May 2020, the Portuguese and the Spanish authorities have detained 23 individuals and seized about 1.8 million illicit cigarettes along with 11 tons of tobacco, all of which was worth about € 3.2 million.
Illicit trade in tobacco for roll-your-own-cigarettes continues to be a relevant and widespread criminal trend in Portugal. Certain ‘cheap white’ cigarette brands have become so popular on the black market that criminal networks have started to counterfeit them rather than smuggle them. This illegal activity generates millions of euros in profit for the involved criminal organisations.

Europol recently created the European Financial and Economic Crime Centre (EFECC) to increase synergies between economic and financial investigations and to strengthen its ability to support law enforcement authorities in effectively combating this major criminal threat.

In 2010 the European Union set up a four-year Policy Cycle to ensure greater continuity in the fight against serious international and organised crime. In 2017 the Council of the EU decided to continue the EU Policy Cycle for the period. It aims to tackle the most significant threats posed by organised and serious international crime to the EU. This is achieved by improving and strengthening cooperation between the relevant services of EU Member States, institutions and agencies, as well as non-EU countries and organisations, including the private sector where relevant. Excise fraud is one of the priorities of the Policy Cycle.
Crime areas
Economic Crime
Excise fraud
Target groups
General Public
Law Enforcement
Academia
Professor
Students
Researcher
Press/Journalists
Other