Trash worth millions of euros

From trash to treasure: the growing illegal waste trafficking market 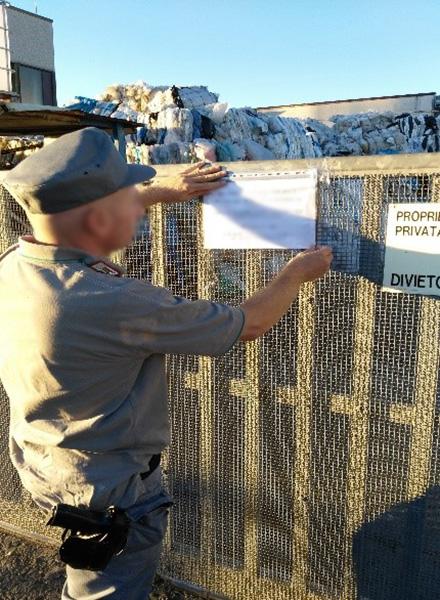 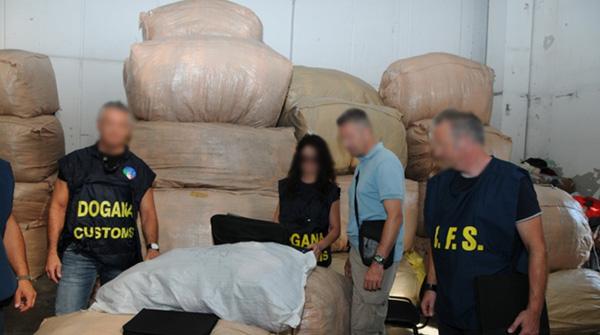 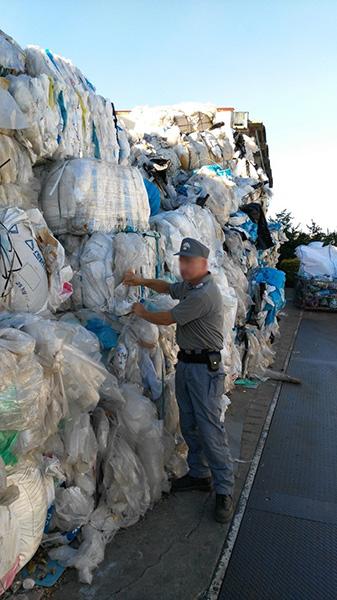 It's well known there's always two sides of a story, if not more, but we all agree that waste management is an important issue as waste has a huge negative impact on the natural environment. On the top of that, as a business worth billions of euros, waste management has given criminal networks the opportunity to diversify their activities and infiltrate the economy. The large quantity of waste left over from industry production processes in Europe is feeding a growing demand for waste disposal services. Stricter regulations and price increases to legally dispose of waste are tempting industries to opt for alternative waste management suppliers.

That’s where the criminals come in: exploiting businesses as they attempt to balance maximising profits while minimising costs. Criminals legally register companies and present themselves as ‘facilitators’ for waste management and disposal services asking much lower prices than other companies on the legal market. The plastic waste they pretend to recycle on paper then ends up on illegal dumping sites. The plastic can also be reintroduced onto the market as, for example, a new, potentially toxic, plastic water bottle. Recycled plastic can be a threat to human health if it has not gone through the proper recycling process.

A growing trend in the grey economy

Along with striving to reduce expenses, economic crises and structural challenges in different industrial sectors encourage the proliferation of illegal waste disposal services. This demand causes organised crimes groups (OCGs) to specialise in waste management. Legal business structures are an integral aspect of this crime phenomenon. However, the companies involved in such activities engage in a number of crimes for which they are usually prosecuted.

OCGs traffic waste both inside and outside the EU. Plastic waste is typically transferred from one Member State to another to avoid disposal fees or other costs associated with the proper disposal of waste products in accordance with EU regulations.

The Italian State Forestry Corps (Carabinieri Forestale) dismantled a large OGC with this modus operandi in operation Green Tuscany, which was supported by Europol and involved law enforcement authorities from Italy and Slovenia.
The criminal group trafficked plastic waste from Italy to China through Slovenia. The investigation is linked to an Italian anti-mafia investigation into illicit trafficking of textile waste to Africa from the Italian ports of Genoa, Livorno and Trieste. The companies involved in this illegal activity were also operating as brokers and carriers in a parallel plastic waste trafficking scheme. The law enforcement success in uncovering the set-up brought the network to alter its strategy and opt for different routes choosing Slovenia as a transit country towards China.

During the operation, approximately 560 illegal shipments were monitored. The monetary value of one shipment was estimated to be between €10 000 and €15 000. This estimation makes the value the monitored cargos alone around €8 million.

Two members of the Camorra among the prosecuted

By mid-May 2019, 96 individuals (74 Italians and 22 Chinese) faced charges in Italy following operation Green Tuscany. The first trial opened on 20 May this year. The collaboration between the Italian and Slovenian law enforcement authorities, Europol and Eurojustt revealed the international dimension of the investigation and led to the prosecution of 96 members of the organised crime group.

The members of the network were of both Italian and Chinese origin. Among them, there were also two representatives affiliated with the Camorra, active both in Campania and in Tuscany, and operating in the textile waste sector. They were arrested for usury and extortion.

Operation Green Tuscany revealed that Chinese suspects based in Italy maintained strong ties to criminal individuals in the destination country (i.e. China) and cooperated with Italian and Slovenian criminals. The organisation was not pyramidal and each member was responsible for a specific step of the process. Some criminals were responsible for the pickup of plastic waste with lorries, some were in charge of transport via sea vessels to Slovenia.

Operation Green Tuscany was coordinated by Eurojust and its close partnership with Europol was crucial to the success of the operation. A range of cooperative enforcement actions was provided, including pre-operational intelligence exchange, operational meeting and analysis services to Italian and Slovenian law enforcement authorities.

The trafficking of illicit waste has a significant negative impact on the environment. Although it is difficult to estimate the exact financial impact of illicit waste trafficking, significant costs are related to the clean-up of illegal dumping sites.
The products fabricated from improperly recycled plastic, which vary from plastic bottles to toys, can be very dangerous for human health.