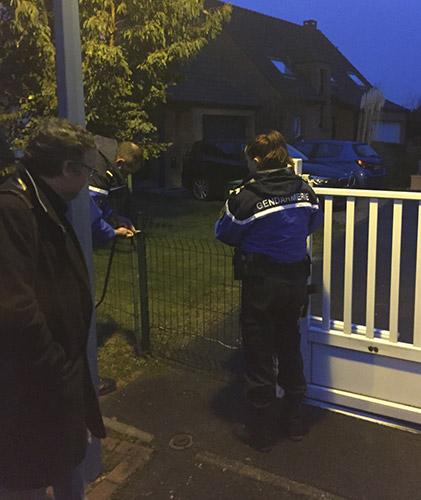 House searches in France have led to the arrests of two individuals suspected of large-scale CEO fraud. The criminals belonged to an organised crime group involved in at least 24 cases of CEO fraud causing EUR 4.6 million worth of damage. With the support of Europol, the French National Gendarmerie carried out the searches in Paris and Lille and made the subsequent arrests on 20 February 2018.

The French National Gendarmerie organised an operational meeting in Bordeaux on 14 February where experts and investigators from Belgium, Romania, Israel and Switzerland joined French law enforcement specialists, exchanged their findings and agreed on a mutual action plan for the near future.

The criminal investigation identified around 15 alleged Romanian company managers living in France and Belgium. They opened bank accounts and companies with the sole purpose of orchestrating CEO fraud  and Forex scams . Two individuals (one French and one Belgian national), who were identified as recruiters and facilitators within the criminal group, were in charge of helping people set up companies (such as law firms and notaries) with Romanian bank accounts. The bank accounts were then used to transfer money to Hong Kong by wiring it via different bank accounts in Romania.

A total of five house searches were carried out in different locations across Belgium resulting in the arrests of five suspects acting as money mules for the organised crime group. A computer and nine mobile phones were also seized during the searches. The data extracted from the mobile phones will be analysed by French law enforcement and cross-checked against Europol databases.

The suspects arrested in Paris and Lille seem to be closely linked to the ring leader(s) most probably hiding in Israel, where computers and mobile phones have also been seized.

The suspects are accused of fraud, money laundering and being involved in organised crime.

The criminal investigation is to continue in Israel.