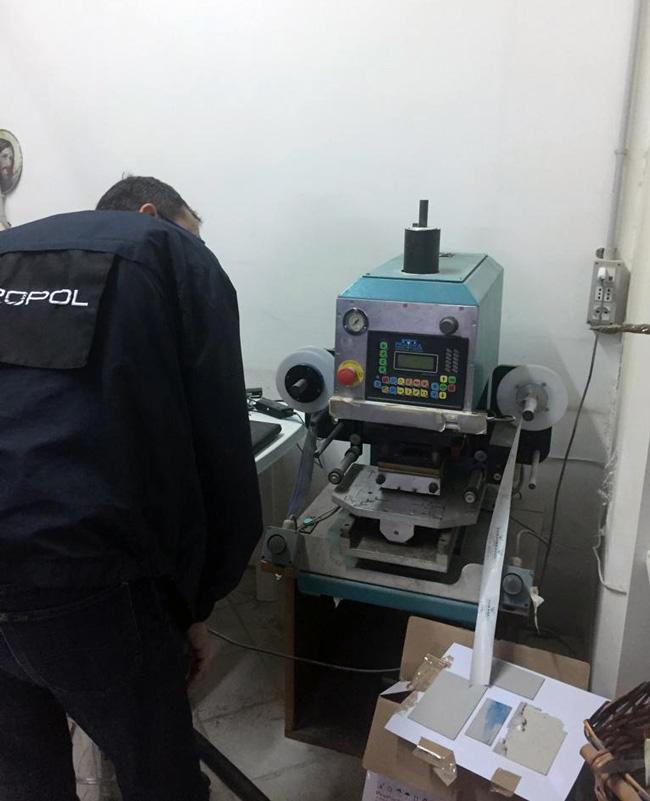 The case was initiated earlier this year when the French National Police specialised units were tipped off about the distribution of fake banknotes. Investigations led the police to discover an organised crime group producing counterfeit banknotes in a print shop in Naples, Italy. The banknotes were later distributed by a different crime ring in Nancy, France. The criminals in France regularly drove to Naples where they visited members of a Neapolitan family firm to whom they bought the counterfeit banknotes. Once back in France they resold the banknotes and they were put into circulation from Nancy to other EU Member States.

The action day took place on 16 October, after establishing a Joint Investigation Team in May, between the authorities from both countries with the assistance of Europol and Eurojust. In France, nine suspects were taken into custody alongside the search of their respective houses. In the meantime 14 members of the illegal production group were arrested in Naples, the same city in which the police officers dismantled the print shop where the banknotes were supplied. Printing and digital equipment was also seized. During the action day, French police officers were deployed to Italy and Italian Carabinieri officers took part in the operation in France.

Europol attended five operational meetings and supported the operation by financing two of them, one in France and one in Italy. During the investigations there was a continuous exchange of information and Europol also financed specific operational measures conducted by the DCPJ, of the French National police, in the framework of a grant for euro counterfeiting.