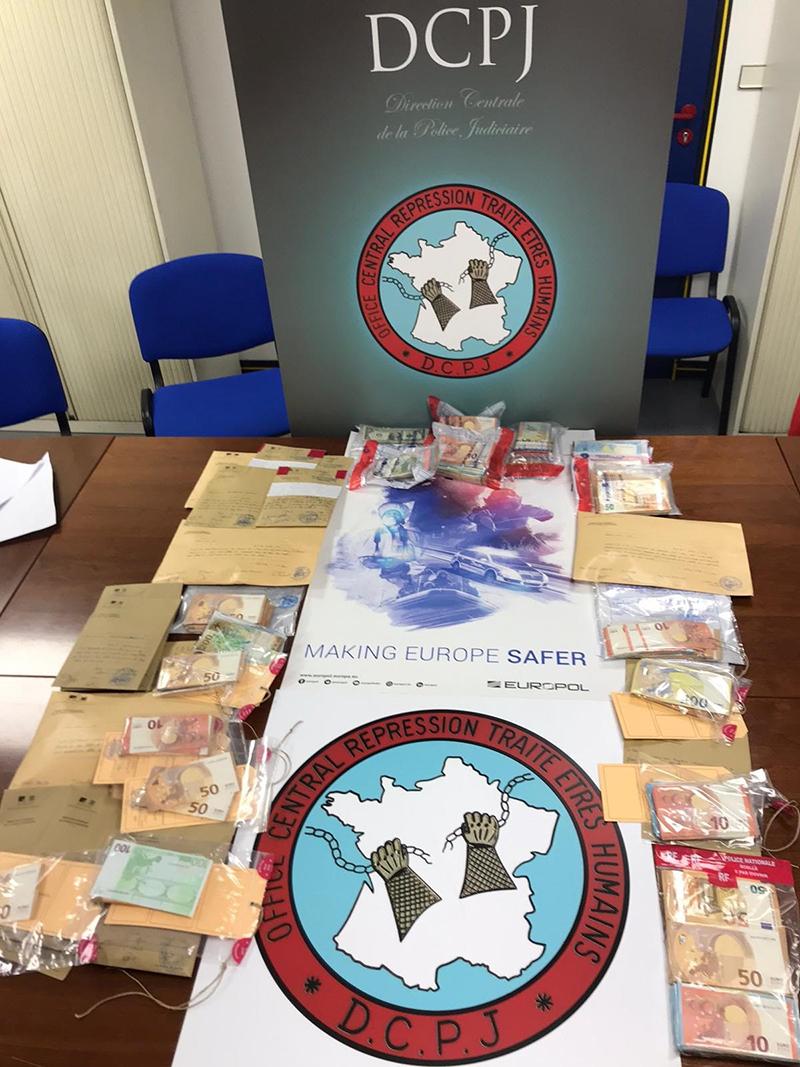 On the action days, 29 September and 13 October 2020, law enforcement officers raided nine locations in Paris and arrested nine individuals. The officers have so far identified 40 victims coming from Colombia, the Dominican Republican, Paraguay, Spain and Venezuela. The French authorities made multiple seizures including cash in different currencies for a total amount exceeding €121 000.

Clients fished on the internet

The organised crime group composed of Colombian nationals has been active since November 2015. The suspects recruited their victims from South America and the EU and exploited them in several rental apartments in Paris and other cities spread over three French regions. Italy, Spain and Switzerland emerged as transit countries during the investigation. The criminal network organised the accommodation and recruited the clients. The suspects used different known websites to advertise the sexual services. The criminal network also operated 14 phone number which were linked to the advertisements. Via these numbers, members of the criminal network informed clients about prices and managed the logistical arrangements between clients and victims. Twice a month, the network collected its profits via physical collection or by money transfer.

In 2010 the European Union set up a four-year Policy Cycle to ensure greater continuity in the fight against serious international and organised crime. In 2017 the Council of the EU decided to continue the EU Policy Cycle for the 2018 - 2021 period. It aims to tackle the most significant threats posed by organised and serious international crime to the EU. This is achieved by improving and strengthening cooperation between the relevant services of EU Member States, institutions and agencies, as well as non-EU countries and organisations, including the private sector where relevant. Human trafficking is one of the priorities of the Policy Cycle.
Crime areas
Trafficking in Human Beings
Target groups
General Public
Law Enforcement
Academia
Professor
Students
Researcher
Press/Journalists
Other
Support & Services
Operational coordination
Operational support
Information exchange
Analysis
Operational