PrintPDF
Austria (German: Österreich) officially the Republic of Austria is a member of the European Union since 1 January 1995. It is in Central Europe bordered by the Czech Republic and Germany to the north, Hungary and Slovakia to the east, Slovenia and Italy to the south, and Switzerland and Liechtenstein to the west.

The Criminal Intelligence Service Austria (BK) was established in 2002 and is part of the Directorate-General for Public Security of the Federal Ministry of the Interior. It constitutes a milestone in the process of creating a modern and efficient security structure in Austria. The BK has seven departments. Its purpose is to act as a service centre in the effective fight against globally operating organised crime. The BK provides modern and professional support in all areas of criminal investigation to law enforcement officers in Austria. It is Austria’s Criminal Investigation Department (CID) headquarters and international contact point. It is involved in high-level information management. For example, the data contained in the Crime Monitor, a database of all complaints and reports filed with the police, are accessible online to each of Austria’s more than 25,000 law enforcement officers for strategic analysis. The BK also provides regular police support activities to all criminal investigation services, such as fugitive pursuit, witness protection and undercover investigation. In 2012 a Cybercrime Competence Centre has been established. In 2016, the BK has opened a new Joint Operational Office combating human smuggling and human trafficking in Vienna. The JOO serves as regional operational platform for international investigations into migrant smuggling organised crime groups. JOO can also serve as a contact point for third parties in the source region of migration.

The Federal Gendarmerie, the Federal Police, the CID, and parts of the former customs service, have been merged into the new Austrian Federal Police. There has therefore been a single law enforcement authority in Austria since 1 July 2005. In each federal province, there is one Provincial Police Command (Landespolizeikommando). On the next level, there are District Police Commands (Bezirkskommanden) and Municipal Police Commands (Stadt polizeikommanden). At local level there are Police Stations (Polizei inspektionen) and specialised units (e.g. Border Police Stations, Police Dog Units, River and Lake Police Units, Police Detention Centres). The Police Command of the Federal Province of Vienna differs in size and scope of responsibilities from the other eight Provincial Police Commands. Austria has approximately 27,200 law enforcement officers, 11% of whom are female. 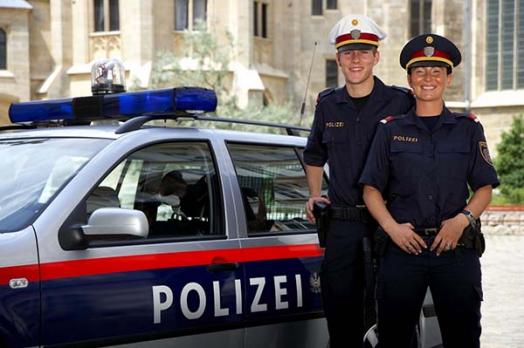 The Federal Ministry of the Interior has a variety of responsibilities, including Austria’s internal security. As of 1 January 2003, the Ministry comprises four Divisions: I Resources II General Directorate for Public Security III Legal Affairs IV Service and Controlling The majority of the departments dealing with police-related tasks fall under Division II.

The core responsibilities of the Austrian Customs Administration are promoting the economy and facilitating international trade. The Customs Administration is a member of the European Customs Union. The tax and customs authorities of the Federal Ministry of Finance protect the financial interests of the public sector to prevent losses to the national economy. Their activities include checks aimed at safeguarding public health and safety, customs clearance of goods, collecting community duties and charges, protection of species, and combating fiscal evasion, black labour and smuggling. New impulses to combat fraud have been created by internal reorganisation, the formation of new networks at national and international level, and establishing new institutions, like the Risk, Information and Analysis Centre (RIA). New methods employed by criminals and/or criminal groups, and targeted attacks on financial interests and the member states economies present the Austrian Customs Administration and the services responsible for combating fraud with new challenges. To this end, it is vital to further enhance and intensify national and international cooperation between the authorities concerned. 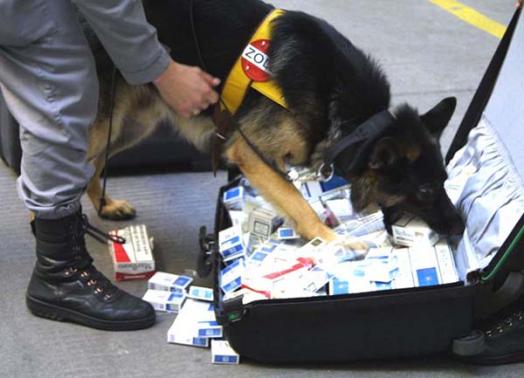 The Federal Agency for State Protection and Counterterrorism (BVT) was established on 1 December 2002. It is part of the General Directorate for Public Security of the Federal Ministry of the Interior. The BVT is the intelligence service of the Austrian law enforcement system. The BVTs main responsibilities consist of protecting Austria’s constitutional institutions and their capacity to act, combating extremist and terrorist phenomena, illegal traffic in arms, the proliferation of weapons of mass destruction and organised crime operating in these areas, as well as counter espionage. The BVT is also responsible for protecting property and VIPs, including the representatives of foreign states and international organisations, assuring information-security and performing security checks. In each Austrian federal province, there is a Provincial Agency for the Protection of the Constitution and Counterterrorism (Landesamt für Verfassungsschutz und Terrorismusbekämpfung) located at the Security Directorates. Europol, like Interpol and SITCEN (EU Joint Situation Centre), has become an important international partner for the BVT.