PrintPDF
Germany (German: Deutschland) officially the Federal Republic of Germany is a member of the European Union since 1 January 1958. It is in Western and Central Europe bordered by Denmark to the north, Poland and the Czech Republic to the east, Austria to the southeast, Switzerland to the south-southwest, France, Luxembourg and Belgium lie to the west, and the Netherlands to the northwest.

In principle, the federal constitutional order bestows the sovereignty in police matters on the federal states within their territory. However, the Basic Law confers jurisdiction in core policing issues on federal authorities. As a result of this distribution of competencies, there are sixteen state police agencies, whose powers of intervention are governed by the police laws of the Länder and by the Code of Criminal Procedure.

Falling under the Federal Ministry of Finances, the Customs Investigation Service is responsible for combating customs-related crimes. Its main activities are:

Since 1st January 2016, Germany has a central customs authority under the Federal Ministry of Finance. The Central customs authority consists of 9 divisions. Division VIII, the Customs Investigation Service (ZKA) serves as a connecting link between the Ministry of Finance and local authorities, the eight Customs Investigations Offices.

The Bundeskriminalamt (BKA) - which acts as the EUROPOL National Unit (ENU) for Germany - is Germany´s central agency for police information and communication. It provides support to all Federal police forces and coordinates national crime suppression activities. The BKA also conducts investigations in its own jurisdiction.

As an agency subordinate to the Ministry of the Interior, the BKA is tasked by German Police forces including Landespolizei when criminal investigations take on an international dimension. Through its operations and coordination center, a 24-hour service center, known as the Kriminaldauerdienst, the BKA is able to take immediate action when investigations, searches and international communications require it.

The BKA has the jurisdiction to conduct investigations relating to:

Responsible for all serious crime investigations, the BKA also helps its national law enforcement partners in:

The BKA has national mandate for:

With offices in Wiesbaden, Berlin and Meckenheim, the BKA employs more than 5,500 men and women. With their specialized knowledge and expertise in the fields of criminal sciences, information technology and administration, they cover a broad spectrum of activity. Approximately half of them are fully trained criminal police officers. The others come from more than 70 different occupational groups. 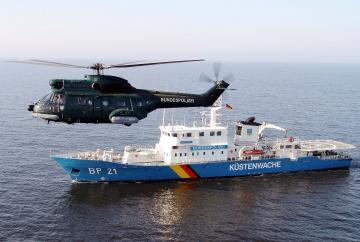 The task of the Federal Office for the Protection of the Constitution is to gather and analyse information and other intelligence about activities:

The Federal Police is a police force under the supervision of the Federal Ministry of the Interior. Its major tasks include: 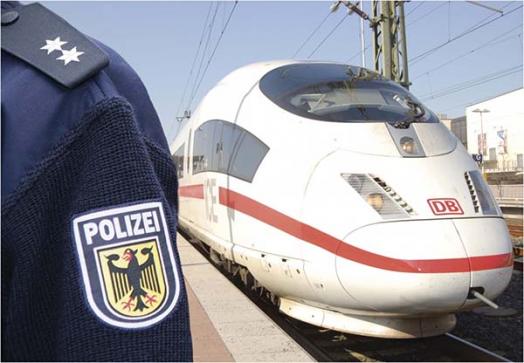