PrintPDF
Ireland (Irish: Éire) is a member of the European Union since 1 January 1973. It is an island in the North Atlantic separated from Great Britain to its east by the North Channel, the Irish Sea, and St George's Channel.

The Department of Revenue’s customs law enforcement activities are currently carried out by enforcement officers within the revenue regions. National and international investigations are conducted by the Investigations & Prosecutions Division, while the Customs Division handles Customs policy and legislation issues. The Customs national law enforcement liaison offices are also within the Investigations & Prosecutions Division. The Customs Service is responsible for surveillance of the frontiers of the state and enforcing customs and excise legislation relating to all goods being imported and exported. This includes mutual assistance, liaison, joint operations, controlled deliveries and investigations. The service shares responsibility with regard to drugs enforcement with the Garda Síochána, bearing primary responsibility for preventing, detecting, intercepting and seizing controlled drugs intended to be smuggled or illegally imported into the state. The Garda Síochána has primary responsibility for apprehending and arresting persons suspected of smuggling or illegally importing controlled drugs into the state and for investigating such offences.

The Garda Síochána (The Guardians of the Peace) was formed in 1922 together with the State of Ireland. It exercises all police functions in the Republic of Ireland including state security services and all criminal and traffic law enforcement. Its mission is to achieve the highest attainable level of personal protection, community commitment and state security. The service has a staff of 14,433, including approximately 2,200 plain-clothes detectives. In 2005 the service established a voluntary Garda Reserve which currently numbers approximately 330. In addition, there are 2,000 civilian support staff. A proud tradition of the service is that standard policing is carried out by unarmed uniformed officers. Firearms are carried by detectives and special operations units. In the words of First Commissioner of the Garda Síochána, Michael Staines (1885-1955): The Garda Síochána will succeed, not by force of arms or numbers, but by their moral authority as servants of the people. 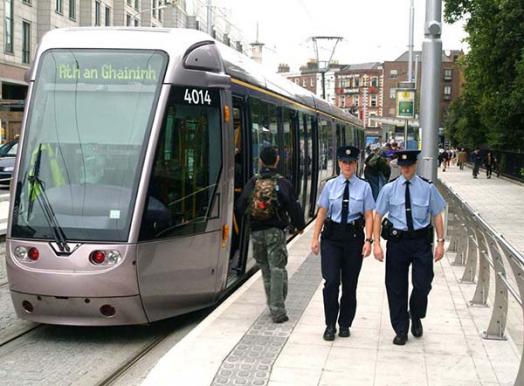