PrintPDF
Latvia (Latvian: Latvija) officially the Republic of Latvia is a member of the European Union since 1 May 2004. It is a country in the Baltic region of Northern Europe, one of the three Baltic states. It is bordered by Estonia to the north, Lithuania to the south, Russia to the east, and Belarus to the southeast, as well as a maritime border to the west alongside Sweden.

The Latvian State Police is a state institution to protect the state and society from criminal and other illegal threats to life, health, rights and freedoms, property and interests. The State Police consists of a central administrative body and 27 subordinated regional police units. The State Police is currently a member of several international organisations. This means that certain responsibilities and obligations have been delegated to its staff, not only in the performance of daily operations but also while representing the State Police at international events. The main priority of the Latvian State Police is to improve the professional skills among its employees and to study modern technologies. Its most important objective is to establish a high degree of public trust in the police. Public support will enable the State Police to reach its primary goals: to establish order in the country and to prevent criminal activities.Security Police (Droības policija) The Security Police is a state security institution falling under the Minister of the Interior. It was officially founded in December 1994. State security institutions perform tasks for national security, including intelligence, counterintelligence and investigations.

The activities of the Security Police include: 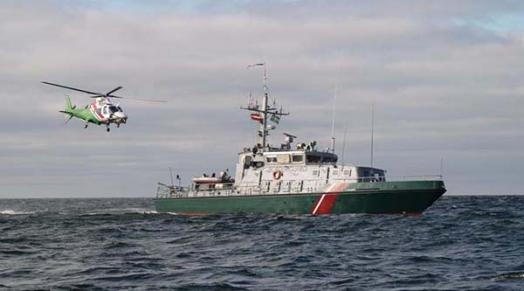 The Customs Criminal Board is a unit of the State Revenue Service. Its main functions are customs-related intelligence gathering and investigation to protect public interests at national and EU level. The Customs Criminal Board conducts criminal and administrative investigations of smuggling cases, also at the request of other law enforcement agencies, performs customs control activities on the internal and external frontiers of the European Union to disclose and prevent customs offences, and manages information important for customs enforcement. To ensure the effective exchange of risk information at national and international level, the National Contact Point (NCP)  a special unit within the CCB  operates 24 hours a day, 7 days a week. The NCPs main functions are collecting, evaluating and systematising and disseminating risk information and participating in Joint Customs Operations.